[Update 2020/03/12: There is now another method that does not require Visio. See post: Document your ConfigMgr infrastructure using PowerShell module PSWriteHTML]

If you have many different SCCM hierarchies in different AD domains and forests to manage, keeping relevant/up to date infrastructure diagrams can be time consuming, especially if there are lots of SCCM site systems, Visio can become painful to use.

I have put this script together: SCCM Visio diagram.ps1 with the help of colleague Ben Jones (especially for the maths parts) that automatically creates a Microsoft Visio diagram of your SCCM / ConfigMgr hierarchy.

I know there are tools like the CMMap / SMSMap ones, but the SMSMap one in particular is using older shapes, has not been tested with SCCM 2012+ or Visio 2013+. I noticed it was also creating duplicate servers for each role! which is a fairly big overhead when you have 100’s of roles.

I wanted to see an open source script that could be used on a schedule to automate the diagram creation. Some further design requirements :

Pre-reqs before running the script :

Some quick notes on the workings of the script :

Zoomed out to 30% in Visio - the whole overview. 5 Primary sites and a CAS. 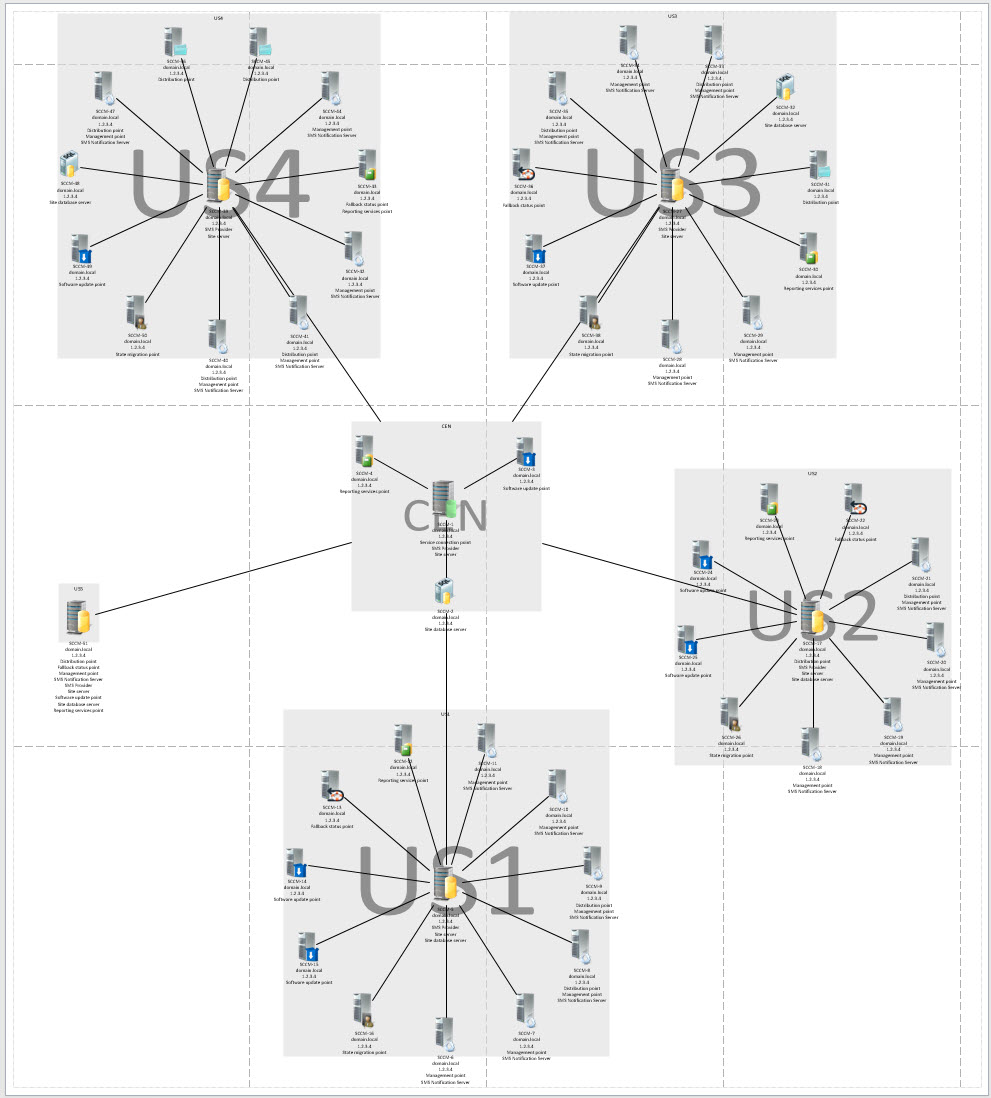 Zoomed to about 70% so you can see each site system has the roles, IP and server name as the text box description below the shape: 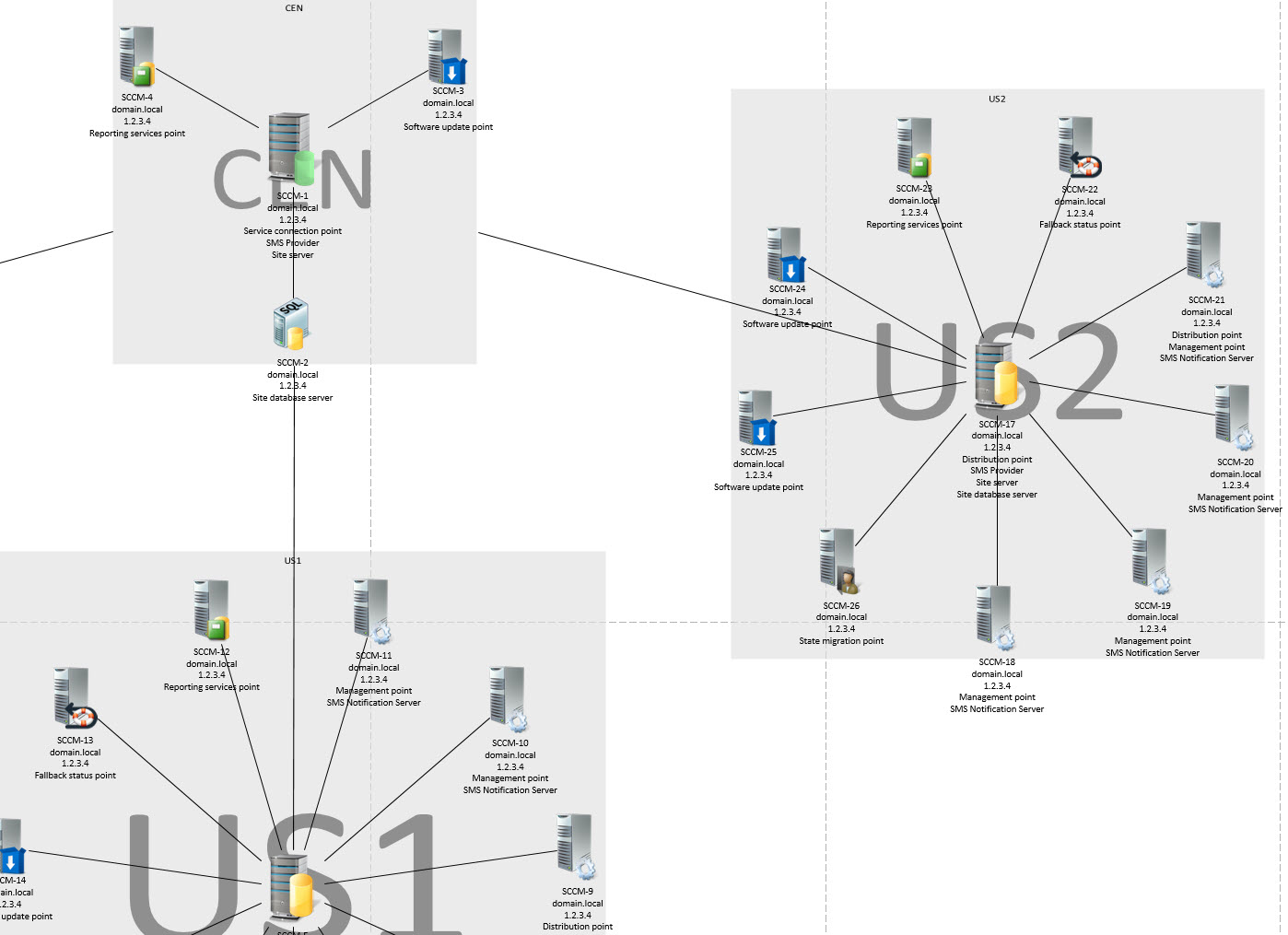 A short YouTube video of how things look as Visio is processing the shapes passed from the PowerShell script: Automatic Visio diagram video

Thanks to Jean-Sébastien DUCHÊNE for the cool SCCM Visio stencils.

And again, huge thanks to Ben Jones for his mathematical skills and converting these to .net/PowerShell to get the correct spacing for each shape.