During a modern desktop design and implementation I decided to push the client down the full Azure AD Joined Windows 10 and Intune route. There was no SCCM or ConfigMgr present and only Citrix based group policies. Porting the GPO’s to Intune was fairly simple, however the main challenge was maintaing the legacy drive mappings to on-prem file servers.

Again, these Win10 1809 / 1903 devices are AAD Joined. There is no AD Group Policy available. I’ve seen some other solutions where the AAD Join login script connects to a web api (like an Azure Function) to get the AD group membership of the AAD user, but this seems like a big overhead to me.

I decided the best approach was to maintain a cloud based login script which would map the drives based on the existing AD user groups using direct calls to AD based on the .net class System.DirectoryServices.AccountManagement.GroupPrincipal and the GetGroups method.

The components that make up this solution are:

In the login script change the global variables in the Declarations section at the top to your liking - probably the only ones you’ll need to change are:

The rest of the script you’ll have to review and update to match your environment. Like the drive mappings section for example:

Some mappings may use a Group property which is the corresponding Active Directory security group (containing users).

The way the AD group membership enumeration is working is recursively. I’ve only had a chance to test it in a small 1000 user environment. It larger environments it may cause undesired load on the Domain Controllers so please test it carefully in your environment.

Logging will be into the users’ %temp% folder: Win10-Login-Script.log

Setup, or use an existing storage account to host the login script in blob storage. V2, LRS, Hot: 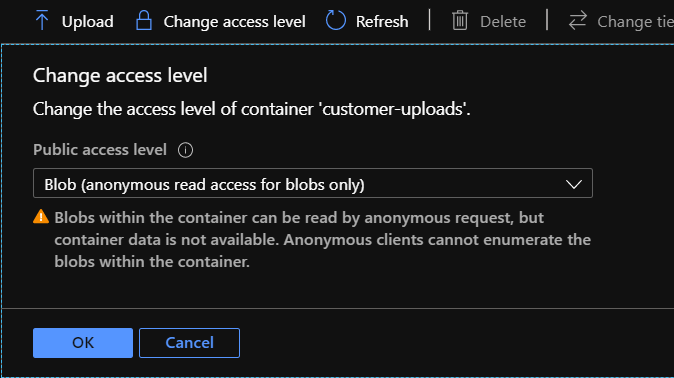 Upload the login script and copy its URL

Deploy your amended invoke-login script using Intune. I went with a simple PowerShell Script item, but you could use a Win32 app with a detection method to increase compliance. Don’t deploy using the logged on credentials. 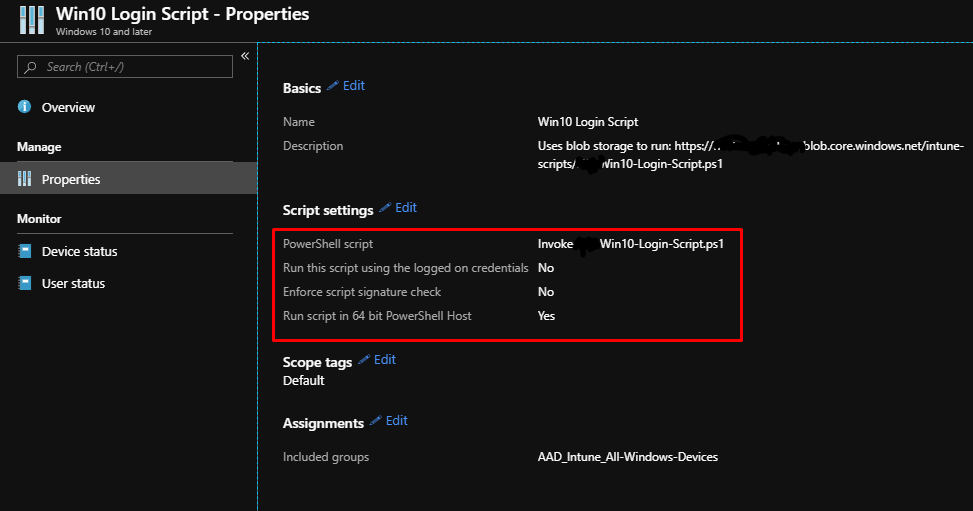 Once the Invoke script is deployed, on the next login of any user, the users’ drives should be mapped and appear as they used to (on Windows 7 domain joined / Citrix). This works because of Azure AD Connect and AAD: Azure AD sends the name of the on-premises domain the user is a member of back to the device. Oh, and it also maps to on-prem print queues, but this works natively without any additional .net tricks